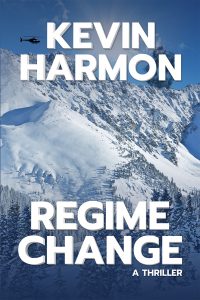 Beneath the snowcapped mountains of Davos, Switzerland, an unimaginable act of savagery has just taken place. Terrorists have detonated a remote-controlled bomb in the heart of Europe, killing scores of the world’s most wealthy and powerful people. The attack sends shockwaves through centers of power all over the globe. Leaders are put on notice as demands for retribution come swiftly.

Inside the White House, newly-inaugurated President Bradley Chambers has asked mysterious billionaire Michael Cavanaugh to look into the disappearance of a twenty-year-old Swedish anarchist named Sven Lindgren, who runs the largest filesharing website in the world. When Cavanaugh discovers that a highly-encrypted subnet operating under Lindgren’s website may be connected to the attack in Switzerland, it puts everything Cavanaugh has spent his entire life building in jeopardy – including his relationship with Caitlin Doyle, a high-ranking member of Chambers’ administration.

Unable to reveal what he knows to the President, Cavanaugh and a team of private special operators embark on a global manhunt to find the terrorists behind the attack – and to stop an even deadlier strike from taking place in the near future. But will they find what they need to know in time?

Staying one step ahead of the CIA and FBI, Cavanaugh must crisscross the globe – from the banlieues of Paris, to a seedy hotel in Charleston, to Russia, Riyadh, and Washington D.C. – in a dangerous game of cat-and-mouse with two highly-trained killers. But unknown to Cavanaugh, another player has inserted himself into the game – a man determined to maneuver America into a deadly showdown with one of its oldest enemies.

Or order a paperback version online at: CreateSpace